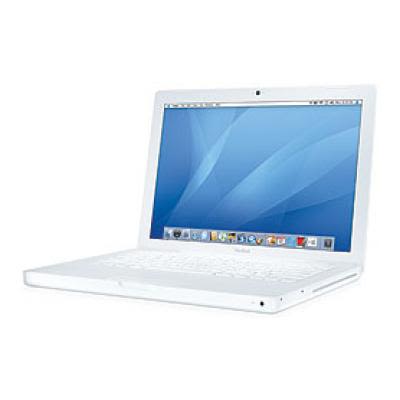 Sell Your Apple
MacBook 13-inch (2007)
Select Processor
Modify
Core 2 Duo 2.0GHz
Core 2 Duo 2.16GHz
You can get up to:
$0
This is an estimated price.
Unfortunately, Your device has an estimated value of $0.We cannot offer you money for this item. Even though we can't pay you, we are still willing to help you recycle it responsibly and for free. If you are sure to continue recycling, Check out or Add to cart now.
Reset Selections>>

Do you know that one of Apple’s first-ever laptops, the PowerBook 100, cost $2500 in 1991? Interesting, isn’t it? As technology advanced and innovation improved, Apple went on to the iBook series or “clamshell,” as it was called then, which featured two translucent colors, a wireless network, and a handle for convenient carrying. In February of 2006, Apple launched the Titanium G4, a sturdy PowerBook that used the PowerPC processor.

It wasn’t until 2006 that the MacBook was introduced, beginning with the original MacBook Pro in the wake of 2006, which featured an Intel Core Duo processor and used the standard aluminum casing we are used to seeing in MacBooks today. As if that wasn’t enough, not more than 4 months later, Apple launched the 13 inch MacBook with a new design and Intel Core Duo Processor.

The 2007 MacBook 13-inch had a white body with a sleek glossy finish. At that time, the device easily became a best seller because of its portability and processing power. Being only 1 inch thick, it was a lot slimmer than the puffy iBook. Because of the newly introduced Duo processor from Intel, the 2007 MacBook 13 was able to perform at high speeds, as much as five times quicker than the iBook.

Without question, the 2007 MacBook 13 is a relic in 2021, especially in regions like the US, where the latest devices are readily available. If you still have a 2007 MacBook 13, it is likely collecting dust in a corner, or you’ve converted it to a table of sorts. Whatever the case may be, you should know that it is possible to upgrade your MacBook 13 to the latest version or sell it for cash on Gizmogo. We purchase old devices for recycling and redistribution to regions where they are needed. This way, our activity protects the planet from eWaste.

Design info: Without the MacBook or Apple logo, anyone can easily tell the 2007 13-inch Macbook is an Apple product from its white case and grey tinted keyboard which was a signature of the Mac at that time.

The device had all the ergonomic qualities you’ll find in today’s MacBooks, and it had the MacBook logo. The white color made it easy to appreciate the sharp edges, curved sides, and clear lines. The detail is top-notch, and the workmanship is high quality, as expected of Apple laptops.

Moving away from the entry-level MacBook 13 of 2006 to the 2.0GHz version released later, you’ll find that there is a MacBook 13 in Black color. It has a distinctive look, but it is identical to the white-colored variant, only that the edges are more rounded. There’s also a white model of the 2GHz MacBook 13, though.

On lifting the screen, you’ll see the power button, the keyboard, and a webcam that sits at the top center. Scroll bars were popular on laptops then, but the MacBooks have lacked these since the trackball of the first PowerBooks. Scrolling can be easily done on the trackpad with two fingers, up and down, left and right.

The keys on the keyboard were flat as opposed to slightly concave of previous Apple laptops. Almost all the ports are on the laptop’s left side: two USB ports and a mini-DVI port, which is VGA or S-Video out compatible. There’s also a Firewire 400 interface, a microphone inlet, and a headphone jack, and the MagSafe power inlet presents here. On the right side, you’ll see a single SuperDrive DVD slot.

This MacBook has its speaker outlets at the back, and they’re averagely loud. The sound quality is acceptable, even though the bass is almost non-existent.

Display info: Don’t compare the 1280 x 800 resolution of the MacBook of 2007 to today’s MacBooks. But back then, it did a good job. The 13.3-inch screen is attached to the body reversibly by a hinge in the center. The opening angle is limited to 135 degrees. The display uses a magnetic mechanism to guarantee reasonably safe transport since it lacks a transport hook.

The 1280 x 800 pixel maxes out at a brightness of 209cd/m2, which is a good illumination percentage of 71%, although the brightness is not evenly distributed across the screen. While the display brightness is good, it fails to shine through when used outdoors on a bright day. The contrast ratio is fair, and reflections on the screen are unfortunately at disturbing levels. Viewing angles are not so good, and the contrast is a bit weak.

Connection info: For your networking tasks, the MacBook 13 provides you with an 802.11a/b/g wireless Airport Extreme card, an Ethernet port, and a built-in Bluetooth.

Battery info: MagSafe power connection describes the magnetic mechanism that secures the power adapter against possible damage by pulling when one trips over it. Battery life was a colossal improvement in the MacBook 13, up to 3 and half hours under continuous maximum draining.

Sell your 2007 MacBook on Gizmogo

Do you own a MacBook 13 that you plan on selling? You can sell it on Gizmogo or to us. We also provide you with the option of swapping and upgrading your device for a higher one that suits your current needs.

We accept trade-ins with any device as long as your device is functional. To start, browse our collection for a laptop you want and send us the details. We calculate the value of your old device and let you know if you have to pay a balance or are eligible for one.

Gizmogo can buy your MacBook directly from you. We have an eco-friendly policy and a drive to ensure that all devices are recycled and utilized effectively to minimize electronic waste. If you wish to sell to us, we guarantee a quick payout in cash after conducting a brief test on your device.