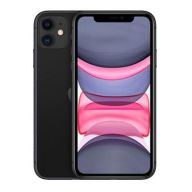 Half the price of the newer flagship models

iOS 14 for app and widget customization

A battery that will easily last all-day

Apple launched the iPhone 11 back in 2019. It's a step above iPhone XR and one step below the iPhone 11 Pro. While the 11 is not quite as good as the 11 Pro, it still offers some amazing features.

Considering it's half the price of a brand new flagship model, some would say that the iPhone 11 is the best iPhone on the market to date.

So is that true? I dunno.

That's highly subjective. But the purpose of this review is to find out.

So today, we'll be discussing how the iPhone 11 compares to its predecessor and successor.

Besides the rear camera and the new color option, the iPhone 11 and iPhone XR looks identical. The color schemes include black, white, red, purple, yellow, and green. Both the iPhone 11 and the iPhone XR have a glossy glass back—that attracts fingerprints like crazy. Apple somewhat solves that problem with the 11 Pro by blasting it with a matte finish.

Apple also made the iPhone 11's glass a bit more durable and stronger than the previous model. At the end of the day: glass is glass. There's no way around that. So dropping your phone on concrete can pose a high risk.

And because the glass is nearly impossible to fix yourself, you'll have no choice but to take it to an Apple-certified repair shop. There, prices can get steep. To avoid a high price tag, consider the AppleCare+.

2019 was the year when Apple changed its whole camera design. While the previous models had one camera, this one has two: a wide-angle (old) and an ultra-wide-angle (new). They're both aligned vertically in a rounded square glass that's slightly protruded. Apple is proud to inform the public that the camera bump and the backing are "precision-milled from a single sheet of glass." And I have to say they did one hell of a job.

The most noticeable and biggest change to the iPhone 11 is the dual rear cameras. They're both 12-megapixel cameras. While one has a wide-angle lens with a ƒ/1.8 aperture, the other has a ƒ/2.4 aperture ultra-wide-angle lens. This allows the camera to capture more of the environment at a 120-degree angle.

The front camera also made some noticeable improvements. Say goodbye to the 7MP/1080p recording and hello to the 12MP/4K recordings at 60 FPS. Also, a new feature called QuickTake allows you to “take” short videos. Just hold down the shutter to start recording and releasing it to stop. Both cameras also support slow-motion videos.

Historically, smartphones took awful photos in low-light conditions. Thankfully, the iPhone 11 has answered with its Night Mode feature. This allows you to take pictures in low light without using a flash. What was once a drab picture is now livened.

2019 was also the year when Apple introduced some pretty cool mobile technology. For example, Smart HDR has been improved. This feature allows AI technology to enhance the color and details of a photo automatically. In fact, smartphone pictures have never looked better.

Don't let this go to your head, though. You'll need a little more than AI magic to take professional photos. But at least you won't look like an amateur.

The iPhone 11 comes ship with the iOS 14 software update installed. This is a very good mobile operating system that takes no shortcuts with privacy and security. It also has plenty of apps.

With iOS 14, you can add homepage widgets and browse installed apps in ways never done before in platform history. For the first time, you'll be able to set preferences for web browsers and email apps.

In a nutshell, iOS 14 remains one of the most eloquent operating systems in the market. And thanks to the A13 Bionic chip, app speed and gaming power have been taken to a whole new level.

Let's now take a closer look at the A13.

Apple claims that the A13 is around 20% faster than the A12. As always, Ars Technica put Apple's claim to the test. They ran synthetic benchmark tests for the CPU and GPU.

AnandTech also points out that A13 GPU performance is "Best In Class," and is extremely impressive.

The biggest hype so far would be Apple addressing the overheating issue with the previous A12 chip. Unfortunately, only after 2-3 minutes of peak performance, the chip became very hot and slowed down performance. Finally, Apple has solved this issue by improving the cooling system in the A13 chips. iPhones with this chip can now handle heavy workloads without affecting peak performance.

Besides having a sizeable lead in performance, Apple has set its sights on closing the efficiency gap that it’s often criticized of.

The iPhone XR had the best battery life of any previous iPhone. And the iPhone 11 is even better.

The 11 is capable of super-fast charging.

But there's a problem: It doesn't come with a power adapter. You'll have to buy one.

Although you get a standard 5W adapter, it isn't nearly enough to charge a high-capacity battery in a reasonable time.