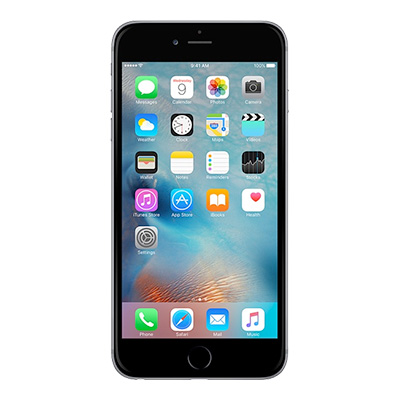 A 5.5 inch LCD screen to enjoy your favorite entertainment

The A9 is considerably faster than other phones in this sector

Apple is known for releasing an “S” version two years after a new model has been released. Each “S” model has some sort of upgradable change that the previous versions didn’t have.

For example: In the past, the iPhone 4S added Siri. The iPhone 5S added TouchID and 64-support. And the iPhone 6S added 3D Touch.

If you’re looking to get into iPhones without breaking the bank, the iPhone 6S Plus offers some nice features.

Today, we’ll go over those features to help you decide if the 6S Plus is right for you.

Let’s get started with how it looks and feels.

If you put the iPhone 6 Plus and iPhone 6S Plus next to each other, you wouldn’t be able to tell the difference a foot away. But up close, there are subtle differences.

Other than the “S” logo being centered differently, the 6S Plus is slightly thicker. And when I say slightly, I mean you wouldn’t be able to tell the difference even if they were both right up in your face. Because they’re so similar in size, cases for the 6 Plus are also interchangeable for the 6S Plus.

A noticeable difference between the 6S Plus and previous generations is the weight. The pressure-sensitive components of the 3D touch feature are to blame. But don’t worry. The weight doesn’t affect usability in any way.

The iPhone 6S Plus comes in gold, silver, space gray, and rose gold finish. And is noticeably larger than the 5-era designs. It traded in their sharp edges for a more smooth design. This allows for a more comfortable grip as the previous squared-off edges dug into your hands.

Apple made a good decision by not putting the power button on top of the phone. A mistake other companies have made when it comes to larger phones. The volume buttons are also easy and intuitive to reach.

The camera bump is large enough to prevent the phone from lying perfectly flat. But they’re some aftermarket cases that can offset that problem.

Speaking of cameras, let’s jump right into it.

This is the first camera upgrade since the release of the iPhone 4S back in 2011. The resolution has bumped up from 8 megapixels to 12. The camera on the iPhone 6S Plus relies on new features like “deep trench isolation” to increase resolution without sacrificing image quality.

The front camera is 5MP that includes Optical Image Stabilization (OIS) for both the front and rear cameras.

Pictures taken with the 6S Plus are slightly better than the 6S. But nothing worth writing home about. But one nifty feature is Live Photos.

It’s also worth noting that 16GB just ain’t gone cut it. With features like a 12MP camera, 4K recording, and Live Photos, you’ll be using iCloud storage like your life depended on it. It’ll be in your best interest to opt in for the 64GB model.

The iPhone 6S Plus uses an A9 dual-core ARM CPU based on a custom 64-bit CPU architecture.

According to GeekBench, the A9 clocks in at 1.85GHz.  A significant increase compared to the 1.4GHz of the A8. On average, the A9 benchmark score is 55.5% faster than the A8 in both single-core and multi-core scores.

That means the 6S Plus will complete complex tasks 55.5 percent faster than the iPhone 6 family – overall.

The bottom line: the speed becomes more impressive as you move from the A8 to the A9.

With that being said, the A9 GPU is almost twice as fast as the A8. An Offscreen test run by GFXBench showed the A9 being anywhere between 40 and 60 percent faster than the Galaxy S6, Note 5, and the Retina MacBook.

Due to its speed, the A9 GPU solves the occasional stutter that the A8 dealt with when scaling photos to a 1080p display.

The batteries in the 6S Plus are smaller than the 6. So naturally, we’ll assume that the battery life will be shorter. In two tests, that theory proves to be both true and false.

Because the A9 uses less power than the A8, it’s able to offset the size difference. A Web test that cycles pages every 15 seconds until the phone dies showed more battery consumption for the 6S Plus. For more demanding tasks, the A9 battery life is slightly increased.

What does this mean?

It’s only a guess. But when a phone is ideal, the smaller battery is less efficient than the bigger ones. However, when under load and stress, the more advanced A9 can shine, boosting battery life.

The big takeaway: There’s no significant increase or decrease in battery life on either side.

Sell your iPhone 6s Plus to Gizmogo for cash today.