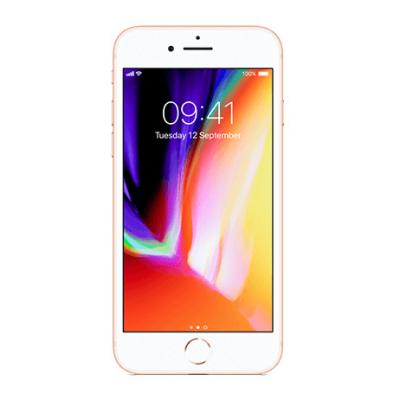 Unlocked
Select Capacity
Modify
64GB
128GB
256GB
Select Condition
Modify
Brand New
Like New
Good
Damaged
Does it power on?
Modify
Yes
No
Does the screen fully light up?
Modify
Yes
No
Is the Apple ID signed out?
Modify
Yes
No
Friendly Remind: Locking your device will have an impact on your final price. Instruction for Sign out Apple ID
You can get up to:
$0
This is an estimated price.
Unfortunately, Your device has an estimated value of $0.We cannot offer you money for this item. Even though we can't pay you, we are still willing to help you recycle it responsibly and for free. If you are sure to continue recycling, Check out or Add to cart now.
Reset Selections>>

If you are considering buying a new phone here’s how to sell your iPhone 8!

It is called iPhone 8, but it actually is the 11th generation of the iPhone. The phone’s slogan is ‘A new generation of iPhone’. It was indeed one of Apple’s most remarkable flagship phones, but let’s not forget that it’s been almost three years since its release. So, it is not surprising that you would like to sell your iPhone 8.

Still, even if it was three years ago that the iPhone 8 was released, if it is in a good condition, if it’s still fully functional, some people would be interested in buying it. We will go through the phone features, see what has changed and how it fares against previous and subsequent iPhone models, as well as competing smartphones and then we will look at the options are at your disposal if you wish to sell it.

The history of the iPhone 8

The iPhone 8 was launched in 2017 and discontinued three years later, earlier this year, in April to be more precise. So, it is no longer possible to buy a new iPhone 8, but it is possible to sell iPhone 8 right now.

Unlike other iPhone models that have been criticized, both by the general public and by experts, the iPhone 8 was positively accepted. Some of the aspects that were praised was the addition of inductive charging, the overall ability to charge the phone faster and of course, the new processor, the Apple A11 that was used for the first time.

We mentioned that the original model was discontinued, but a refurbished model of the iPhone 8 Plus started selling in March 2020 and the price was $469, whereas two months later Apple started also selling iPhone 8 models at a price of $339. That might not be a bad price for a new phone, even if the original was released about three years ago.

But it is completely understandable to prefer a newer version, let’s say iPhone X, iPhone 11 or some of their specific variants like iPhone XR and iPhone 11 Pro. However, these models are slightly more expensive, so if you are looking to buy one of these variants, it would make sense to sell your iPhone 8 and use these funds to buy a new phone.

If you look at the maximum amount that you can get for your iPhone 8 at Gizmogo, which is $245, that’s not a significant difference compared to the amount that Apple asks for the refurbished iPhone 8 model.

We took a look at the iPhone 8, how it appeared on the market and how popular it was. Since you would like to sell iPhone 8 it is pretty certain that you are already familiar with its features and characteristics, so we will explain how to do exactly that – how to sell your iPhone 8.

In fact, it might be better to tell you why Gizmogo is better than all its competitors. Of course, there are a lot of other sites where you can sell your phone, but there are objective advantages of selling it at Gizmogo. We can give you quote online, and we can do it faster than everybody else. In fact, you will just need to give us few information and we will give you a quote right away.

It is also a lot easier to place an order with Gizmogo, once you receive a quote, you can confirm the order, i.e. the desire to sell your phone, with a single click. You will need to give us the IMEI number so we can confirm that the phone is original, and the process can continue.

If you accept the confirmed quote the payment will be completed within 24 hours, and you will get your money in cash, not a voucher. You can choose a payment method, and the money will be sent via your preferred payment option.

How we’re going to evaluate your iPhone 8

Now let’s explain how the process works and how to sell your iPhone. First, choose Phones from the ‘Sell Your Device’ menu and then select iPhone 8. The maximum amount that you can get for an iPhone 8 is $245. But the actual price that will be offered will depend on the condition of your phone. We will ask you four questions and on the basis of your answers we will give you a quote.

The first question is regarding the carrier, but you can answer ‘Other’ or ‘Unlocked’. Next is capacity, and as you may know there are three options in terms of capacity – 64GB, 128GB and 256GB. This doesn’t have a great impact on the price, but it is useful for us to know.

Next comes the most important question – what is the condition of your phone? There are four options here – brand new, like new, good or damaged. The option brand new refers to a phone that has not been used before and is still sealed in its original package. Like new is a phone that has no signs of use, but it doesn’t have to be sealed in its original package. A phone that’s in a good condition can show minor signs of wear. The phone should be fully functional and have no cracks on the glass. Even if the phone is damaged you can get money for it, but you will need to answer few additional questions.

The last question is about the Apple ID, if it’s not locked, the price will be higher.