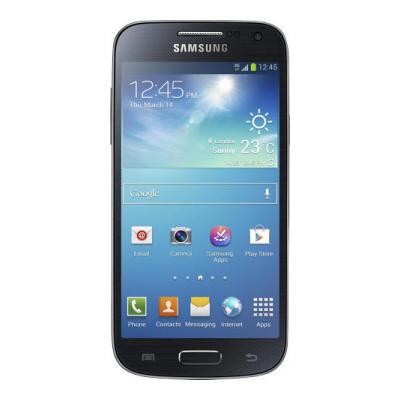 Trade in Instructions
1.Only original phone will be recycled. IMEI number verification can show whether your phone is original.
2.Please unlock your phone and sign out from your account before shipping.
!
Attention

Old phones, they have become more of a burden than an asset. Let’s be honest, most of us have at least a few lying around somewhere around the house, either in a drawer somewhere, or perhaps away in the garage. You are probably thinking – can I sell my phone? Yes, yes you can, even if it is an old phone. You might be asking yourself why would anyone buy a phone that’s few years old, but Gizmogo buys even older phones and other devices. You can trade in Samsung Galaxy S4 Mini, which would really be a handy option – you will get rid of an old device that you have no intention of using and get a few bucks for it as well.

The Samsung Galaxy S4 Mini as part of Samsung’s series

You probably just realized that you have that old Samsung Galaxy S4 Mini, after all, we are talking about a phone that was launched seven years ago. The Galaxy S4 Mini was part of the S series, one of the most popular Samsung smartphone series. Unlike the iPhone, which is Apple’s only smartphone model, Samsung has released a number of smartphone versions as part of different series. The S series is the most popular series and Galaxy S versions are generally paired against versions of the iPhone.

The Samsung Mini are versions that are aimed to match the high-end Galaxy S variants with similar hardware and software capabilities, but generally offered at a lower price. You bought this device several years ago, now you realized you wish to trade in Samsung Galaxy S4 Mini, perhaps you don’t recall the device’s software and hardware capabilities and features. Let’s take a look at the phone’s features and characteristics and then we will explain how Gizmogo works, what is our mission and how you can sell your old device.

The release of the S4 Mini was announced towards the end of May and it was released in July 2013. Maybe the S4 Mini isn’t a low-end, but a mid-range model aimed to give an alternative to the people who might like to buy a regular Smartphone Galaxy, but would rather opt in for a cheaper version with similar capabilities.

The S4 Mini was a lower-end copy of the original Galaxy S4 in terms of its polycarbonate hardware. It came with a dual-core 1.7 GHz processor and rather powerful RAM memory for its time – 1.5 GB. The internal storage was 8GB, and as other Samsung Galaxy models it supported expandable memory. The smartphone featured a 4.27” screen which is not small considering that the phone in question is a Mini.

In terms of cameras, its front camera is 1.9MP, whereas the rear camera came with 1080p capabilities for recording videos and 8MP. By comparison, its predecessor, the S3 Mini came with 720p capabilities.

In terms of software, the phone is equipped with Samsung’s TouchWiz software and Android 4.2 OS. In June in 2014, in most regions the S4 Mini was updated with the 4.4.2 Android OS, popularly called KitKat.

Two years after the release of the original Samsung Galaxy S4 Mini, Samsung launched an improved version of the S4 Mini which was called S4 Mini Plus, a version that was also known as the Value Edition. This smartphone came with a 1.2 GHz processor and was operating on the OS version called KitKat 4.4.4. The other features and characteristics of this updated version were pretty much the same as the original version of the Samsung Galaxy S4 Mini.

How to sell your Samsung Galaxy S4 Mini at Gizmogo

Even if your Samsung Galaxy S4 Mini is still functional, it probably won’t be of much use of you today. That is why it would be wise and probably the only reasonable thing to do is to try to get rid of it. As we said in the introduction, you can sell it at Gizmogo.

You select the type of device that you would like to sell, or in this case the S4 Mini. Click ‘Sell Now’ to get your quote. Once you select it you will need to choose your carrier which doesn’t have a significant impact on the price and then you need to give us more info on the condition. There are four options regarding the condition – brand new, like new, good, and damaged. Brand new refers to devices which haven’t been used at all and are still in their original packaging. Needless to say, this device is clear for activation.

Like new devices don’t have to be sealed in their original boxes, but there should be no signs of use and the device should be fully functional with a batter that’s in good health. Now, there is a small difference between the brand new and like new conditions and the amounts that you could get are very similar. A phone that’s in a good condition is a one that can have minor scratches and chips but is still fully functional and has no operational problems. Finally, a phone that’s damaged it’s still a one that’s functional, but has cracked and scratched screen, dead pixels and/or signs of water damage.

If you select this option, you will need to answer a couple of additional questions – does the screen light up in full and does the phone power on. If the answer to both of these questions, then we can’t offer any funds, even though you can still ship us the device free of charge.