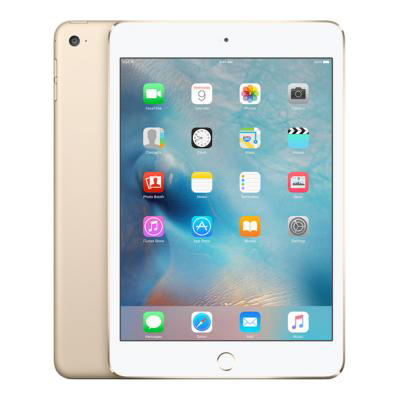 Sell Your Apple
iPad Mini 4
Select Carrier
Modify
Wi-Fi
Wi-Fi + Cellular
You can get up to:
$0
This is an estimated price.
Unfortunately, Your device has an estimated value of $0.We cannot offer you money for this item. Even though we can't pay you, we are still willing to help you recycle it responsibly and for free. If you are sure to continue recycling, Check out or Add to cart now.
Reset Selections>>

Apple launched the iPad mini 4 in September 2015, and it went on sale the same day. Despite being announced along with a new Apple TV, the amazing 12.9-inch iPad Pro, and the gleaming Rose Gold iPhone 6s and 6s Plus, the iPad mini 4 represented a significant upgrade for Apple’s small tablet series.

In a computer world replete with larger phones and more capable hybrid computers and tablets, the iPad Mini seems less relevant than it once was. And, while it’s one of the best of Apple’s tiny iPads, with a really nice interface, the iPad Mini may not be the tablet you’d like to take around any longer. If that describes you, it is time to sell your iPad Mini 4. You can sell for maximum value on Gizmogo or swap for another gadget.

Design: Both inside and out, the iPad mini 4 is basically a smaller variant of the iPad Air 2. However, it is markedly different from the iPad mini 2 and iPad mini 3. The Mini 4 comes with a modern, lighter design and a slew of internal changes.

This device is easy on the eye, available in the standard Gold, Silver, and Space Grey but with a thinner chassis and some new Smart Cover color options that look great. You can’t use a smart cover from an older mini on the iPad Mini 4 because the magnets have been repositioned.

That said, it is recommended to get a silicone case for your iPad mini to improve the drop protection.

Capacity info: The iPad Mini 4 comes with 2GB RAM and 16, 32, 64, or 128GB onboard storage. This combination is capable of running heavy-duty applications. Keep in mind that the iPad does not come with an SD card port for memory expansion. So it is best to buy a variant with sizeable memory from the get-go.

Display information: When you look closely at the iPad Mini 4’s 7.9-inch display, you’ll see that it has the exact resolution as the iPad mini 3 and 2, as well as the iPad Air 2 and iPad Air, at 2048 x 1536 pixels. This translates to a pixel density of 326 pixels per inch, which is greater than the 264ppi of the Air and Air 2.

That does not mean that the iPad mini 4 hasn’t had any display improvements. Although the resolution is the same, there’s a new anti-reflective coating to assist with outdoor use. Apple has also eliminated the distance between the cover glass and LCD (as part of the slimming process) to make the tablet thinner and lighter while improving the screen’s responsiveness.

As a result, the screen is crisp and transparent, with vibrant colors, perfect for viewing videos or playing sports.

Water-resistance information: Apple did not build this iPad for underwater use. So it would be best if you didn’t use it around water.

Do you have an iPad Mini 4 for sale? You can get the best value for your device on Gizmogo. Contact us now.

Chip information: The iPad mini 4 contains an Apple-designed A8 chip instead of the A7 used in the iPad mini 3 and iPad mini 2, representing a significant speed increase (though not quite as fast as the A8X found in the iPad Air 2). The A8 chip is combined with an M8 co-processor, which handles all sensors to relieve strain on the A8, allowing things to operate more effectively.

Compared to the iPad Air 2, the iPad Mini has an impressive chip, which rivals the iPhone 6 in terms of processing power, but with extra RAM to help speed things up a bit.

Camera info: The cameras on the iPad Mini 4 received an upgrade. The rear camera has been upgraded from 5Mp to 8Mp, which isn’t bad at all. It also has fast autofocus and a decent face recognition feature.

Thanks to the A8 chip, the device offers Burst mode and Slo-Mo capture (120fps at 720p). You can shoot panoramas at up to 43Mp and still get a quality output.

Videography: This iPad mini can record 1080p video at 30fps. The output is decent, with realistic colors and sharp images. It is not a smartphone, so set low expectations for the camera.

Battery info: Apple touts the iPad Mini 4 as a long-lasting tablet with a guaranteed run time of approximately 10 hours. This is a respectable run time, and we can see how that is possible since you’re not using additional accessories like Pencil or keyboards.

At 10 hours use time on a single charge, the iPad Mini 4 is 3-hours shy of last year’s model’s 13 hours and 45 minutes. The difference is forgivable when you consider that the Mini 4 has a smaller, 5,124mAh battery.

Gizmogo gives irresistible offers for iPad Mini 4 for sale. Our pricing is based on the condition of your iPad Mini 4. Browse through our website to check for swap and sale options.

If you don’t want to sell your iPad Mini 4, how about exchanging it for another gadget on our platform? You can swap your iPad Mini 4 in 3-steps, “provide details of your device to get an offer,” “find swap device,” and contact us to make the deal happen.

Want cash quickly to settle pressing matters? Contact Gizmogo. You can sell your iPad Mini 4 on Gizogo. We cover the shipping cost to our facility and pay within 24-hours after assessing your gadget physically.