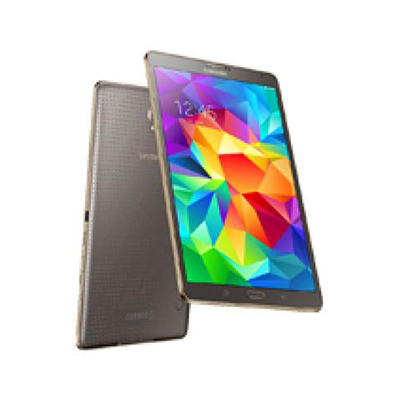 Sell Your Samsung
Galaxy Tab A 7.0 (2016)
Select Condition
Modify
Brand New
Like New
Good
Damaged
You can get up to:
$0
This is an estimated price.
Unfortunately, Your device has an estimated value of $0.We cannot offer you money for this item. Even though we can't pay you, we are still willing to help you recycle it responsibly and for free. If you are sure to continue recycling, Check out or Add to cart now.
Reset Selections>>

The Samsung Galaxy Tab series is always coming up with something new to daze their loyal customers. This Galaxy Tab A 7.0 which was released in 2016 became an instant likable gadget with its 8 inches screen and a shift away from the TFT display type. This Galaxy Tab A 7.0 (2016) comes with a IPS LCD Technology. Talk of a fair space for storage, this tablet has an 8GB internal storage that can increased using a microSDXC or microSD card of up to 256GB. This 8 inches tablet is enough screen size to see your favourite movies, make video recordings, livestream videos on the internet. The phone is quite a handful owing to its dimension of 186.9mm height and width of 108.8mm, with a body thickness of 8.7mm. The Galaxy Tab A 7.0 (2016) has two cameras. The selfie camera is of 2MP while the rear camera which also has an autofocus is 5MP. The display is a multi-touch screen with an accelerometer sensor. The device runs on the Android 5.1.1 Lollipop, with a CPU speed of 1.3 and 1.5 Ghz respectively for both variations of this product. The graphics chip on this tablet is of two type because there are two variations of this tablet. They are the Adreno 306 and Mali 400 –MP2

Enjoy the extra features of this device by using its voice control, recording and commands, image viewer, image editor to add beauty to your images.  Take advantage of the Wi-fi 802 11b/g/n, wifi direct and Hotspot for fast internet connectivity. You can also transfer files via Bluetooth with its v.4.0 bluetooth feature.

This tablet comes in white and black colour, and a non-removable battery of 4000 mAH that can give you a multi-media usage time of up to 100h. This means, with this time, you can play songs, watch videos on your tablet without any interruption of power.

Over the years, we’ve observed that when people want to sell their gadgets, for example Sell Galaxy Tab A 7.0 (2016), they get two type of deals from whoever they are dealing with. It’s either they:

If you are going to take this deal, that is sell Galaxy Tab A 7.0 (2016) for cash, then you need to settle few things at your end.

First is to unlock your tablet and perhaps disable the security function permanently. Second is to format the gadget. You should do this after you must have backed up your personal data. We also tell our clients to sign out of whatever applications and accounts they have on their device. Once these conditions have been met, and you can confirm that your device is still in good shape, then you are ready to sell Galaxy Tab A 7.0 (2016) for cash.

Is your tablet the original product?

Is it tablet back to factory settings?

Are the features still working fine?

Is the OS still active?

Have I unlocked it and signed out on all accounts?

Let’s take a cursory look at the features and functionalities of the Galaxy Tab A 7.0 (2016)