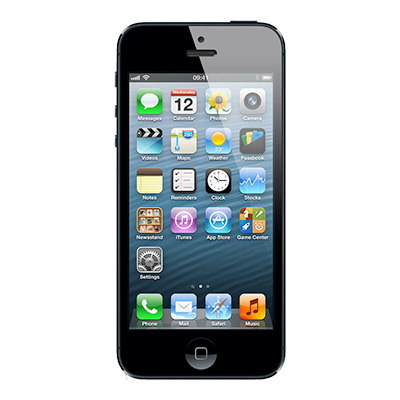 Unlocked
Capacity
Modify
16GB
32GB
64GB
Condition
Modify
Brand New
Like New
Good
Damaged
Does it power on?
Modify
Yes
No
Does the screen fully light up?
Modify
Yes
No
Is the Apple ID signed out?
Modify
Yes
No
Friendly Remind: Locking your device will have an impact on your final price. Instruction for Sign out Apple ID
You can get up to:
$0
This is an estimated price.
Unfortunately, Your device has an estimated value of $0.We cannot offer you money for this item. Even though we can't pay you, we are still willing to help you recycle it responsibly and for free. If you are sure to continue recycling, Check out or Add to cart now.
Reset Selections>>

Just found an old iPhone?Sell your iPhone 5 at Gizmogo!

Many of us remember the release of the iPhone 5. After all, it was one of the most successful iPhones, both in terms of sales, but also in terms of critical reception. But it has been quite a while, a lot of phones and devices have been released since the launch of iPhone 5 in 2012. After all, it has been almost 8 years since then. Can one sell iPhone 5 today? It’s practically ancient, there are so many better and newer devices, who would pay a single cent for an iPhone 5.

The phone’s motto was "Loving it is easy. That’s why so many people do." This was the phone’s official slogan since March 2013. As you know, Apple takes pre-orders on many of its devices. And taking pre-orders began on the 14th of September. More than two million pre-orders were made during the first day.

Let’s now look at the phone’s features and see how better and more advanced it was, compared to its competitors. Ever since its release the iPhone 5 was praised for its high-resolution screen and it was considered to be the phone with the best screen that was available and offered on the market.

Apple’s goal when developing this iPhone version was to create an iPhone that has better battery performance, it is two times more advanced in terms of graphics and twice as fast. The phone was also praised for its design while some of its successors were criticized for it. Experts particularly liked the phone’s design and how the aluminum and glass work together and how they are combined together.

People at Apple have stated that they were blown away by the response of the public, considering that it sold out a lot faster than the previous versions. Even some of the carriers said that they have never offered a smartphone that was selling as fast as the iPhone 5. Some experts would go as far as to say that the release of the iPhone 5 actually stopped, or at least, slowed down the advances of Android. One indicative fact is that the iPhone 5 comprised more than 20% of all phones sold in the first two weeks after its release.

Here’s another indication of how popular this phone was. J. P. Morgan, i.e. the company’s leading economist said that the sales of the iPhone 5 can increase the US GDP growth significantly.

2012 was an important year for Apple

The sales figures are quite impressive, as we said. The iPhone 5 sold 70 million units in one year. That’s rather impressive. The total revenue generated by the iPhone 5 exceeded $45.5 billion.

According to many, the year when the iPhone 5 appeared is a year when Apple really upped its game. In 2012, when the iPhone 5 was launched, Apple sold a total of 125 million units, whereas during the previous 2011, the company only sold somewhat more than 72 million.

How to sell your iPhone 5 at Gizmogo

Yeah, the history of the iPhone 5 is very impressive. Both, if you have one lying in a drawer somewhere, it will not be of much use to you. So, we will see how to sell iPhone 5. We already told you how much you can get for your iPhone 5 – up to $18.

Select iPhone 5 from the list of mobile devices that are available at our site. Choose iPhone 5 and then select your carrier. After that, you will need to select the capacity level of the device that you would like to sell. For the iPhone 5 the options are the following – 16GB, 32GB and 64GB. Then comes the key question – what’s the condition of the phone. There are four options here – brand new, like new, good and damaged.

The phone that’s in a brand new condition is a phone that has not been unpacked, and has never been activated nor used. So bear in mind, we are talking about a phone that hasn’t been used at all. The second option is like new, this is a phone has no signs of use, has no scratches or cracks. The battery and its health has to be in great standing, as well.

If the phone is damaged, we will need to ask you a few more questions. Finally, you will also need to tell us is the Apple ID locked. After that after you like our offer, we will send you a box with a free shipping label and you will get your funds within 24 hours after we receive the device and reevaluate it. And that’s how you sell your iPhone 5.