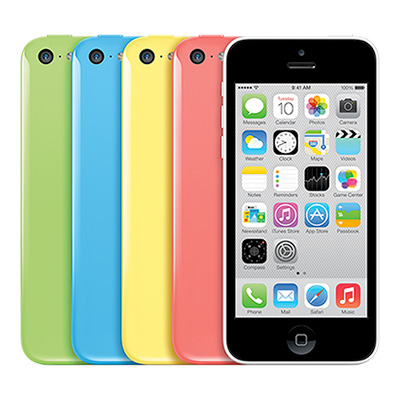 Unlocked
Capacity
Modify
8GB
16GB
32GB
Condition
Modify
Brand New
Like New
Good
Damaged
Does it power on?
Modify
Yes
No
Does the screen fully light up?
Modify
Yes
No
Is the Apple ID signed out?
Modify
Yes
No
Friendly Remind: Locking your device will have an impact on your final price. Instruction for Sign out Apple ID
You can get up to:
$0
This is an estimated price.
Unfortunately, Your device has an estimated value of $0.We cannot offer you money for this item. Even though we can't pay you, we are still willing to help you recycle it responsibly and for free. If you are sure to continue recycling, Check out or Add to cart now.
Reset Selections>>

Don’t know what to do with your old iPhone?Sell it at Gizmogo!

The world of smartphones is very dynamic. Things are changing fast, some of the companies that ruled the market back when the first smartphones were released are no longer leaders and a few newcomers made their way to the top. There’s one exception here – Apple. The iPhone has always been one of the most popular and best-selling smartphones and that hasn’t changed since the release of the first iPhone. Some iPhone versions have been more remarkable and more popular, whereas other models have been criticized, but each version was sold in tens of millions.

This time, we want to talk about the iPhone 5c, part of the seventh generation of the iPhone which was launched in September in 2013. The iPhone 5C and the iPhone 5S sold more than nine million units during the first weekend after the models were unveiled. That was in 2013, and today you are looking to sell your iPhone 5C. It might still be functional, but after all we are talking about a phone that was launched seven years ago, so it’s not surprising that you would like to get rid of it.

Yes, we would buy your iPhone 5C

The question that you would logically ask, is it possible to sell iPhone 5C today. After all, it is an old device, several new iPhone models have been released over the years and even if the device is functional and in a relatively good shape, hardly anyone would want to use a phone that can be qualified as ancient. Today it is possible to get a brand-new model at a relatively low price on a contract, so it may seem like there’s no use for a phone as old as the iPhone 5C. But don’t worry, you can sell your iPhone 5C and you can do it right here at Gizmogo.

We buy a wide range of used electronic devices, not just smartphones. We would also buy old speakers, drones, tablets, smartwatches, consoles and what not. It could be difficult for you to find a buyer for your old iPhone 5C, even though there might be a few people that would be interested and would potentially buy it.

Why we recycle old phone

Why do we buy old devices? Well, we repurpose them, we give them a new live. There are some devices which can get a new live and be used by somebody else and then again there are devices that can be recycled. In the process of recycling old electronic devices, especially smartphones, it is possible to extract precious metals. Did you know, for example, that 75 pounds of gold and 772 pounds of silver are extracted when one million cell phones are extracted, not to mention the 33 pounds of palladium and over 35,000 pounds of copper.

That certainly explains why we buy old devices, but the next question is why you would choose Gizmogo and send your phone to us. Well, for one, you can get a decent amount of money for it and you will be doing a good thing for the environment. Electronic waste is still one of the largest waste streams in America. Recycling phones and other devices saves a lot of energy.

It is a lot better for your phone to be recycled by us, then to end in landfill somewhere. And we are not talking just about recycling you can sell iPhone 5c, so you can get some money for it, even though it is a device that has been released seven years ago.

How the process works, how to sell your iPhone 5C

This is how it all works and how to sell your iPhone 5c here. First, you need to choose Phones from our device menu and then select Apple so that you find the device that you are trying to sell.

Once you notice the iPhone 5C, you will see that the maximum price that you can get for your device is $32. In order to get a quote you will need to select your carrier – Verizon, AT&T, T-Mobile and Sprint are the offered options, but you can also select other or unlocked.

Once you select capacity, you will need to tell us the phone capacity, which in the case of 5C it is 8GB, 16GB or 32GB. The next question is the most important question for the price – the question of the condition. Regardless of the phone model, there are only four options when it comes to the condition – brand new, like new, good and damaged. Read the notes carefully and then decide which description fits your phone nest.

A phone in a brand new condition is not only a phone that has never been used before, it has to be sealed in the original box. So, unless you’ve bought a phone and then put it in a drawer without unpacking it, this description will not fit your iPhone 5C.

A phone that’s like new is also a phone that hasn’t been used, but it doesn’t have to sealed in its original box. Though it has to be fully functional and have no operational problems. The battery has to be in a good condition and the phone shouldn’t have any cracks, scratches or dents.

A phone in a good condition can have minor cracks and scratches, as long as they are not on the glass. These phones should not have any operational problems either. Finally, even though it might seem strange, but you can get money even if your phone is damaged. If you choose this option we will have to ask you a few more questions to establish to which extent the phone is damaged. If the screen can light up and the phone still powers on, you needn’t worry, there will be an offer.

Before you send us your iPhone 5C we will need to verify the IMEI number to ensure that the phone is original. Once we receive the device we will reevaluate it and you will get your money within 24 hours. If we change the offer upon inspecting your phone and you are no longer satisfied with the price you can get your phone back free of charge.