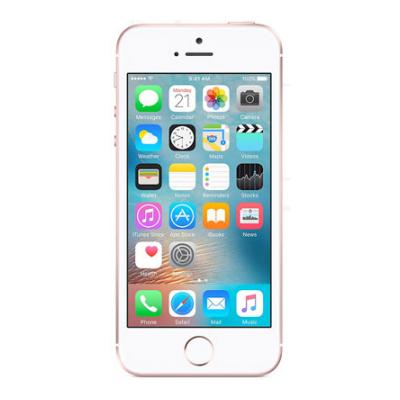 If you have ever bothered yourself with this question, “where do I sell Apple iPhone SE?”, you need to bother yourself no more. This is because you have gotten to the right place. Whether you need to learn how to sell your Apple iPhone SE or trade it in, you will get the necessary information here.

Here, we will discuss how to sell Apple iPhone SE.

iPhone SE is quite similar to the iPhone 5S in design but with upgraded internal hardware. This includes the 12-magapixel rear camera that has the ability to record a 4K video at 30 frames per second, a greater battery capacity and the improved Apple A9 system chipset.

In case you were wondering what the SE in iPhone SE meant, it stands for Special Edition. So, it came as no surprise when it was discontinued and succeeded by a new and improved second-generation iPhone SE. You might feel a need to sell your Apple iPhone SE, if you want to get your gadget to the latest.

The external design of the iPhone SE is similar to the design of the iPhone 5 and 5S. However, this does not come with the inset stainless steel Apple logo at the rear and matte-chamfered edges. If you had bought cases designed for iPhone 5 or 5S, then you can get it for your iPhone SE, as it shares the same physical dimensions and sizes. The iPhone SE also came in four different colors; Space Gray, Gold, Silver and Roses Gold.

The deal you get when you sell Apple iPhone SE may not always get you the best deal and this is because at the moment you bought it, it was worth more and it had not been discontinued for a newer model. That’s to say that depreciation in value has set in. However, with the right connections, you can get the best deals when you sell Apple iPhone SE.

There are so many places to sell your Apple iPhone SE or try to get another and one of such places is at Gizmogo. You will need to erase all records if you sell Apple iPhone SE, especially if it is a used phone. Let’s take a look at the features and capabilities.

* This means that it can stay under water for a maximum depth of four meters for thirty minutes.

A9 chipset with 64-bit architecture

Panorama of about 63 MP

None. Instead, there is a fingerprint identity sensor built into the Home button

The iPhone SE was one of the best, especially at the time you were getting it and it is only right to get a great worth when you want to sell your Apple iPhone SE or trade in Apple iPhone SE. It’s not only compact and small, it has got a sophisticated finish and was one of a kind.

To get the best value when you sell your Apple iPhone SE, you would need to be aware of its specifications and features (which have been highlighted above), so that you don’t end up losing everything totally.

It may not really be easy to sell your Apple iPhone SE at a good rate or deserved price or even trade in Apple iPhone SE because it was discontinued but at Gizmogo, you can.

All that matters is that you sell Apple iPhone SE for all of the right reasons.